What is a transmitter?

The transmitter and sensor together constitute a monitoring signal source for automatic control. The transmitter is to convert the output signal of the sensor into a signal that can be recognized by the controller, or convert the non-electricity input from the sensor into an electrical signal and amplify it at the same time, and uniformly convert it into a standard signal source (such as 4-20mA DC power supply). It can be used for remote measurement and control. Therefore, the transmitter is not only a conversion medium but also a medium.

In the industrial field, sometimes the transmitter and the sensor are common because the output signal of most modern sensors is already a signal that the general controller can receive, and this signal can be directly recognized by the controller without the conversion of the transmitter. 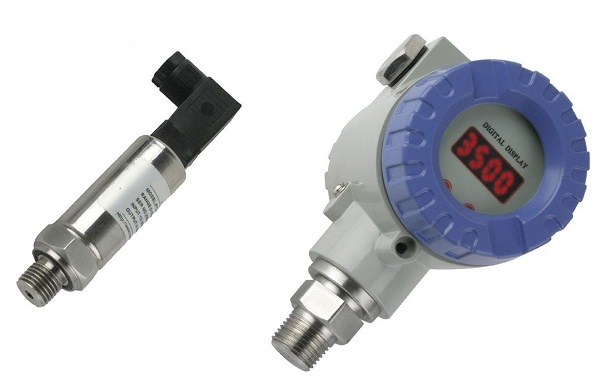 The transmitter works based on the principle of negative feedback, and it is mainly composed of a measuring part, an amplifier, and a feedback part.

The measurement part is used to detect the measured variable x and convert it into an input signal Zi (signal such as voltage, current, displacement, force, or torque) that can be accepted by the amplifier. The feedback part converts the output signal y of the transmitter into a feedback signal Zf, and then sends it back to the input terminal. The algebraic sum of Zi and the zeroing signal Zo is compared with the feedback signal Zf. And the difference ε is sent to the amplifier for amplification and converted into the standard output signal y.

Transmission- refers to the transformation of various electrical signals. In order to facilitate the reception and transmission of other instruments or control devices, once again through electronic circuits to unify the electrical signals from the sensors (such as 4-20MA). The method is achieved through multiple operational amplifiers.

1. According to the output signal type, the transmitter can be divided into two types: current output type and voltage output type.

(1) The voltage output transmitter has the nature of a constant voltage source. The impedance of the voltage input terminal of the PLC analog input module is very high. If the transmission distance is long, the small interference signal current will produce a higher interference voltage on the input impedance of the module. So the anti-interference ability of the remotely transmitted analog voltage signal is poor. But it is suitable for sending the same signal to multiple instruments in parallel, and the installation is simple. Disassembly and assembly of one of the instruments will not affect the work of other instruments, and the withstand voltage requirements of the output stage is reduced, thereby improving the reliability of the instrument. The voltage signal ranges from 1 to 5 V, 0 to 10 V, and -10 to 10 V, and firstly, it is 1 to 5 V and 0 to 10 V.

(2) The current output transmitter has the properties of a constant current source, and the internal resistance of the constant current source is very large. When the input of the PLC analog input module is current, the input impedance is low. The interference voltage generated by the interference signal on the line is very low on the module, so the analog current signal is suitable for remote transmission and can be reached hundreds of meters when using shielded cable signal lines. The standard of the current signal is 0～10 mA, 0～20 mA, 4～20 mA, and the first choice is 4～20 mA. 0 mA is usually used as a circuit failure or power failure indication signal.

The pneumatic transmitter uses dry and clean compressed air as an energy source. It can transform various measured parameters (such as temperature, pressure, flow rate, and liquid level) into a pressure signal of 0.02～0.1IMPa for transmission to the regulator, display, and other units combined instruments for indication, recording or adjustment. The structure of the pneumatic transmitter is relatively simple. The anti-interference ability against the electromagnetic field, radiation, temperature, humidity, and other environmental influences is strong. It can be fireproof and explosion-proof, and the price is relatively cheap. The disadvantage is that the response speed is slow and the transmission distance is relatively low. Due to restrictions, it is difficult to connect to a computer.

The electric transmitter uses electricity as an energy source, and the connection between signals is convenient, suitable for long-distance transmission, and easy to connect with electronic computers. In recent years, it can also be explosion-proof to facilitate safe use. The disadvantage is that the investment is generally high, and it is greatly affected by the interference of temperature, humidity, electromagnetic field, and radiation: the electric transmitter can transform various measured parameters into 0～10V or 4～20mA (uniform standard signal of direct current) to transmit to other units in the automatic control system.

1. When installing, make the pressure-sensitive part of the transmitter perpendicular to the direction of gravity.

If the installation conditions are limited, the zero position of the transmitter should be adjusted to the standard value after installation and fixation.

6. When selecting pressure sensors and transmitters, users should fully understand the working conditions of the pressure measurement system and make reasonable selections according to their needs to make the system work in the best state and reduce the project cost.

Introduction to Optical Amplifier
What is Vacuum Circuit Breaker?